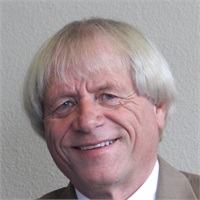 Homer Smith III has been working in the insurance industry his entire adult life, and most of it has been right here at Homer Smith Insurance. The company was started by his father, the late Homer Smith, Jr. in 1950. Homer III spent his childhood in Quilcene, graduated in 1970 as a Quilcene Ranger, and went to work at HSI in Port Townsend. The story goes that he needed to spread his wings, so he attended Central Washington University, and then moved to Seattle and worked for a major insurance company as an underwriter. This proved to be very valuable experience, and when his father asked him to move back home in 1980 to help run the business, Homer was ready. Homer now owns and manages this company. Homer met his partner, Cynthia, 16 years ago when she moved to Sequim from Alaska. He has 6 grandchildren and 4 children, including his son Ryan Smith, who has also worked with HSI for many years. After hours Homer’s favorite activity is being on his boat. He and Cynthia have shared many boating adventures over the years and have donned backpacks and hiked across the Olympic Mountains as well as along WA’s beautiful outside coast. But he is also comfortable slowing down and enjoys old Westerns or the Seahawks on TV.